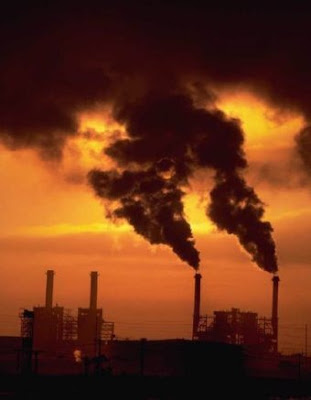 A yet to be released study on greenhouse gas emissions for 100 cities in 33 nations has shown that the contribution of greenhouse gases to climate change cannot be attributed to cities on the whole.
The study, which was peer reviewed in the journal Environment and Urbanization published by Sage Publications and the International Institute for Environment and Development, has therefore urged policymakers worldwide to take a fresh look at the differences between greenhouse gas emissions from different cities, to identify new opportunities to mitigate climate change.
Commenting on the study which suggests policy tools that city governments can use to take action on climate change, lead author, Daniel Hoornweg, who is also lead urban specialist on Cities and Climate Change at the World Bank, said “Cities worldwide are blamed for most greenhouse gas emissions but many cities have very low emissions, as do many city dwellers in even the most industrialised countries.”
He added that “Differences in production and consumption patterns between cities and citizens mean that it is not helpful to attribute emissions to cities as a whole,” and that “Policymakers need a better understanding of the sources of emissions if they are to develop real solutions.”
Hoornweg and colleagues showed in the study that emissions per person per year vary from 15-30 tonnes of carbon dioxide equivalent in some cities in industrialised countries to less than half a tonne per person per year in various cities in South Asia.
The paper shows that emissions vary greatly depending on whether they are calculated according to what a city (or a citizen) produces or instead of what they consume.
“Lifestyles and consumption patterns are key drivers of greenhouse gas emissions in emissions in far off cities, as in the case of Western consumer demand for Chinese goods,” says Hoornweg. He expatiates that “From the production perspective Shanghai has high emissions but from the consumption perspective its emissions are much lower.”
Equally, a wealthy city where many inhabitants have a high-consumption lifestyle can have low per capita emissions from a production perspective, but very high emissions from a consumption perspective, the study infers.
Adding his voice to the outcome of the study, Dr. David Satterthwaite, editor of Environment and Urbanization and a senior fellow at the International Institute for Environment and Development, says; “This paper reminds us that it is the world’s wealthiest cities and their wealthiest inhabitants that cause unsustainable levels of greenhouse gas emissions, not cities in general.”
“Most cities in Africa, Asia and Latin America have low emissions per person. The challenge for them is to keep these emissions low even as their wealth grows,.” He stated. Further.
Meanwhile, available data as follows, suggests that there is great variation within countries and even within cities:
There are also some surprising differences between cities in different parts of the world as follows:
The paper will appear in the April 2011 edition of the journal but has been made available online this month of January and is available through the journal’s ‘on-line first’ facility.
Posted by Exclusive Pictures at 2:12 AM No comments: 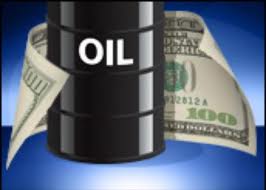 Tullow Oil and the Vitol Group, producers and marketers of Ghana’s oil, have rebuffed claims by a section of the Ghanaian media that the first consignment of 650,000 barrels from the Jubilee Oil Fields was sold below the prevailing world market price.
In a joint statement describing the assertion as incorrect, which was issued over the weekend, Tullow and Vitol said the price per barrel of Ghana’s first crude consignment was sold well over $90.
“We can confirm that the price achieved was well in excess of $90 per barrel, with a small differential linked to the Dated Brent crude price index,” they stressed in the statement issued on their behalf by Infocus PR, a communications and public relations firm.
Tullow and Vitol also stated that as crude oil sales contracts are private and confidential it is not customary to disclose further details.
They however said “It takes a while for the market and, refiners in particular, to assess the fair value of any new crude oil, since ultimately its value reflects the actual yield and quality of products that a refiner obtains as compared with its formal technical and paper yield.”
Confirming that many buyers had expressed interest in Ghana’s sweet light crude oil, Tullow and Vitol said “While we can’t disclose specific details of the actual price obtained for the first sale as these details remain confidential, there was significant interest in buying the new Jubilee crude from at least four major international buyers.”
Tullow Oil and Vitol also hinted of a strong interest from refiners and traders for the new Jubilee crude, which they believe, will contribute to meeting the growing global demand for energy.
The statement further explained that daily prices linked to an index can however move both up and down, as is the case with all crude grades, worldwide.
It expatiated further, that the use of the word “discount” when applied to an index price at the time of a sale, therefore merely indicates its relative value at that actual moment in time, which is a complex but well understood relationship in oil markets.
“It is totally different and should not be confused with the use of the word “discount” as in “sold below its true and fair market value” Ghana’s two oil producers and marketers said.
With an initial production of around 120,000 barrels per day (bpd) Ghana will rank as sub-Saharan Africa's seventh largest producer.
The Jubilee Oil Fields are estimated to hold up to 1.8 billion barrels and have a lifespan of 20 years.
Posted by Exclusive Pictures at 8:50 AM No comments: 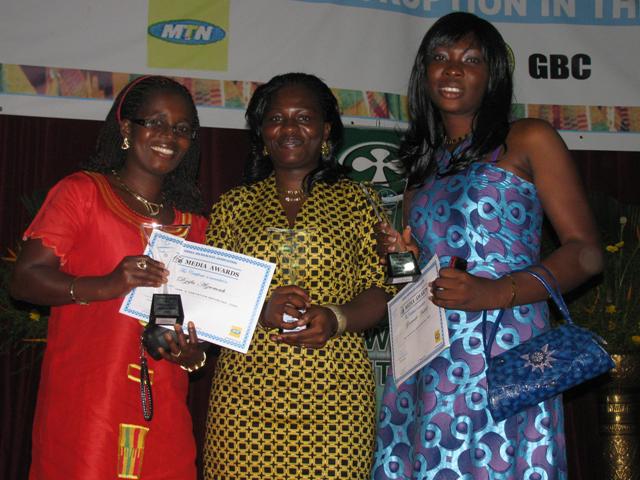 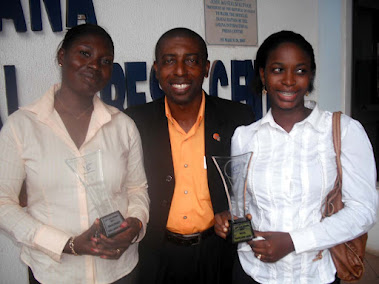 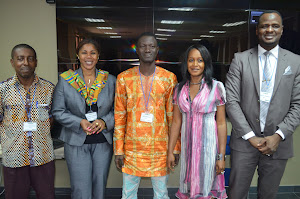 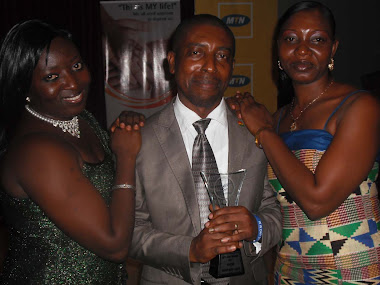 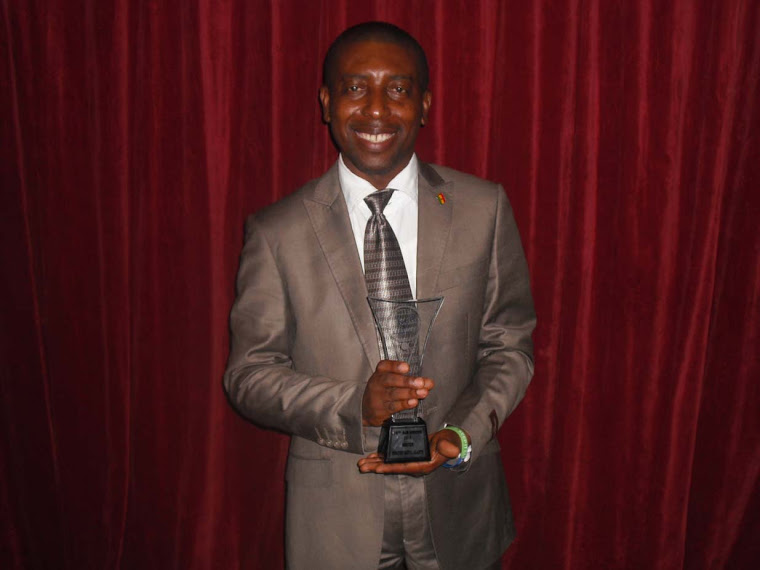 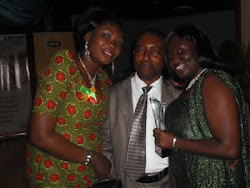 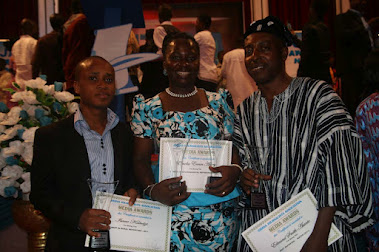 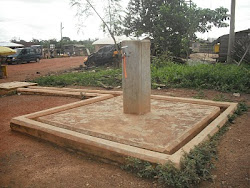 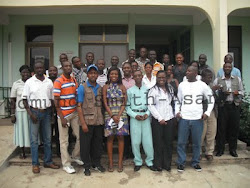 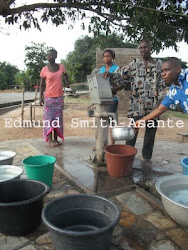 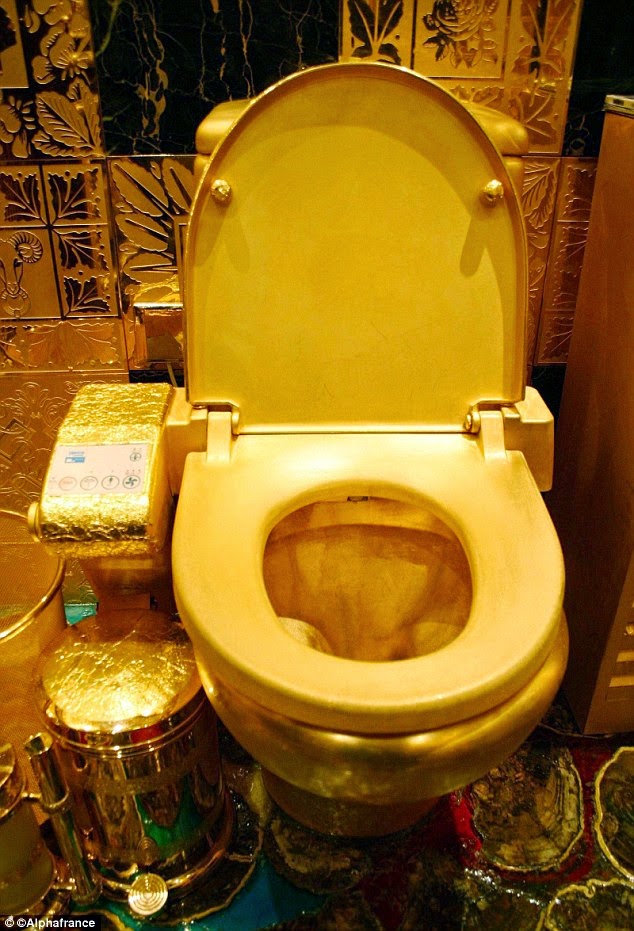 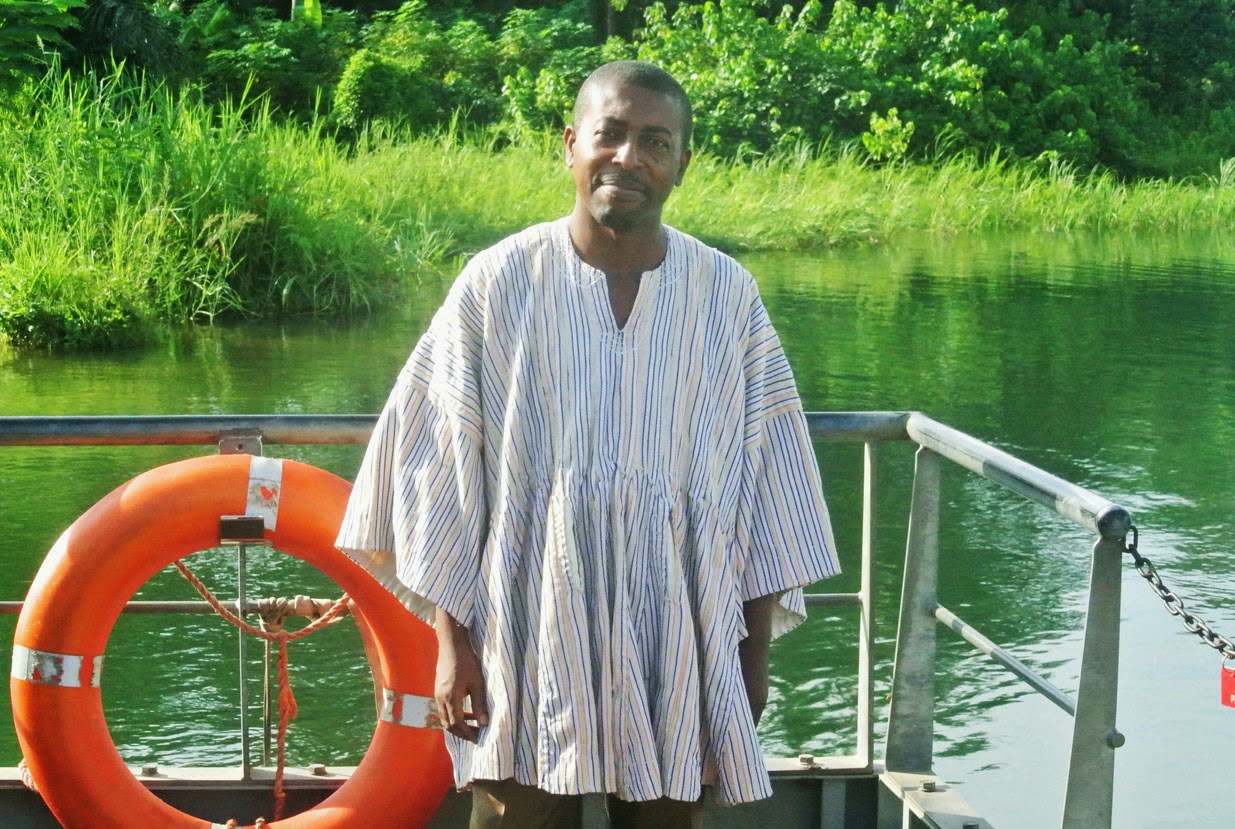 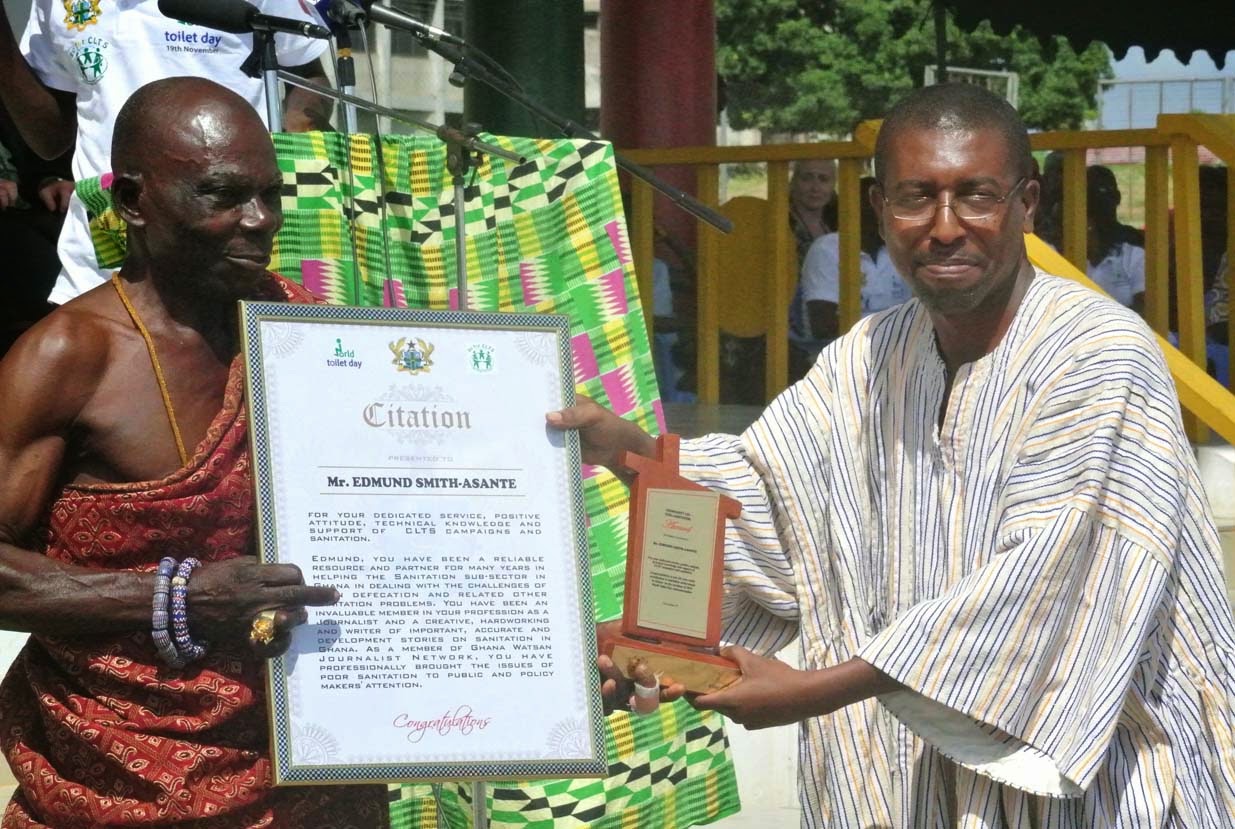 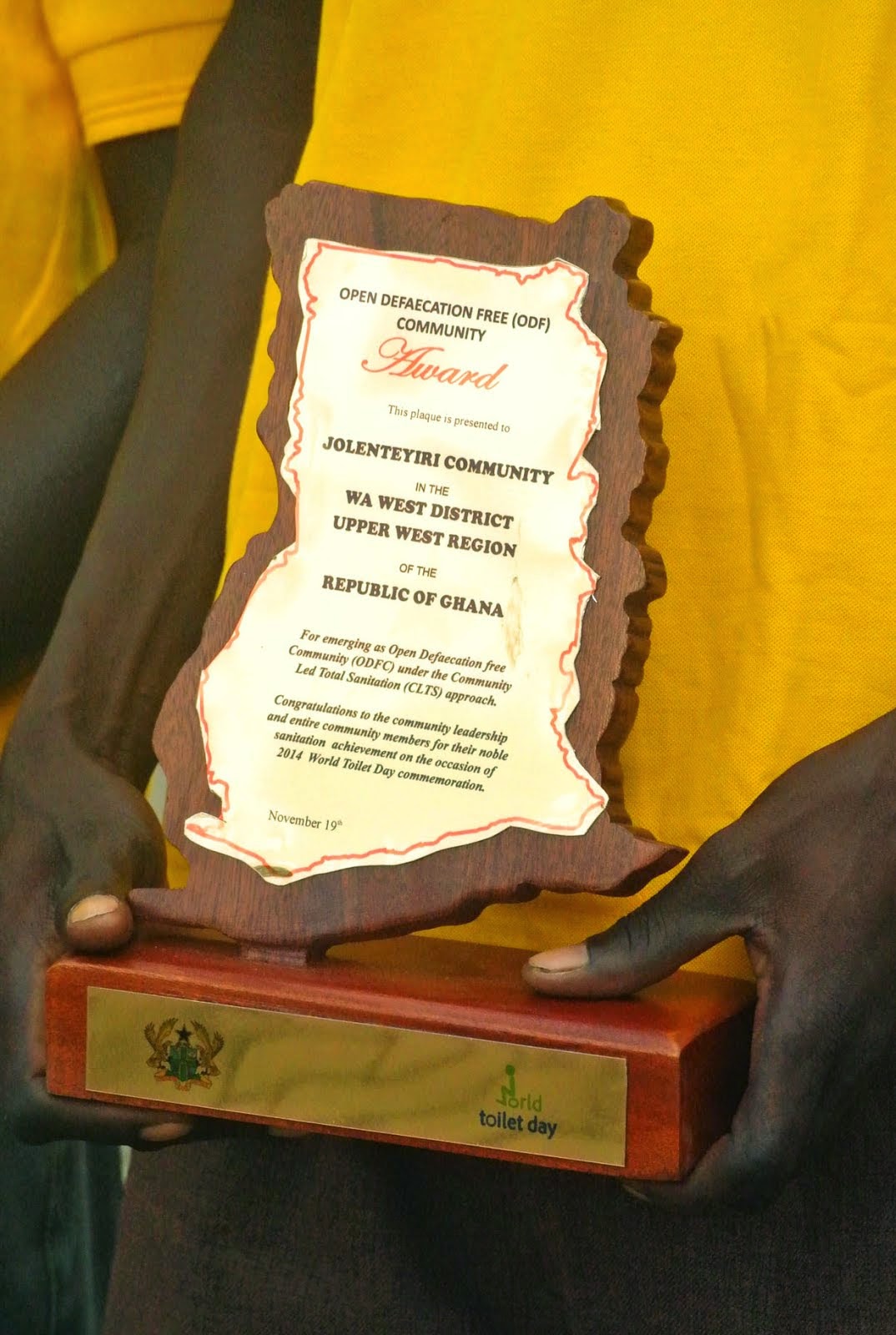 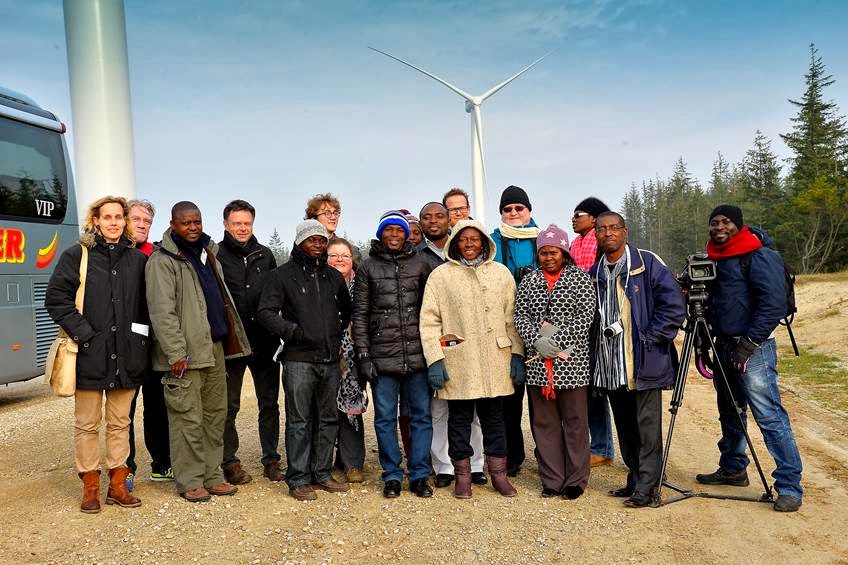 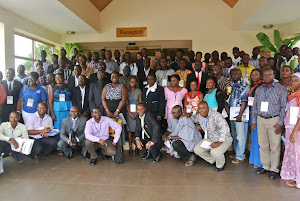 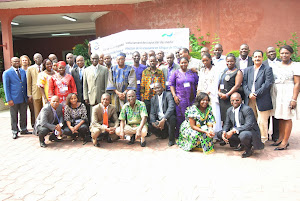 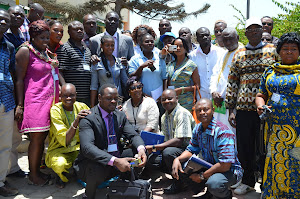 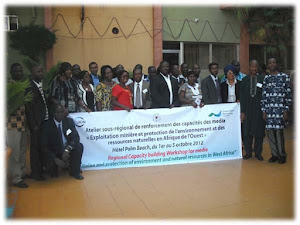